The Netherlands | Specialisation Argentine tango on bayan and bandoneon. 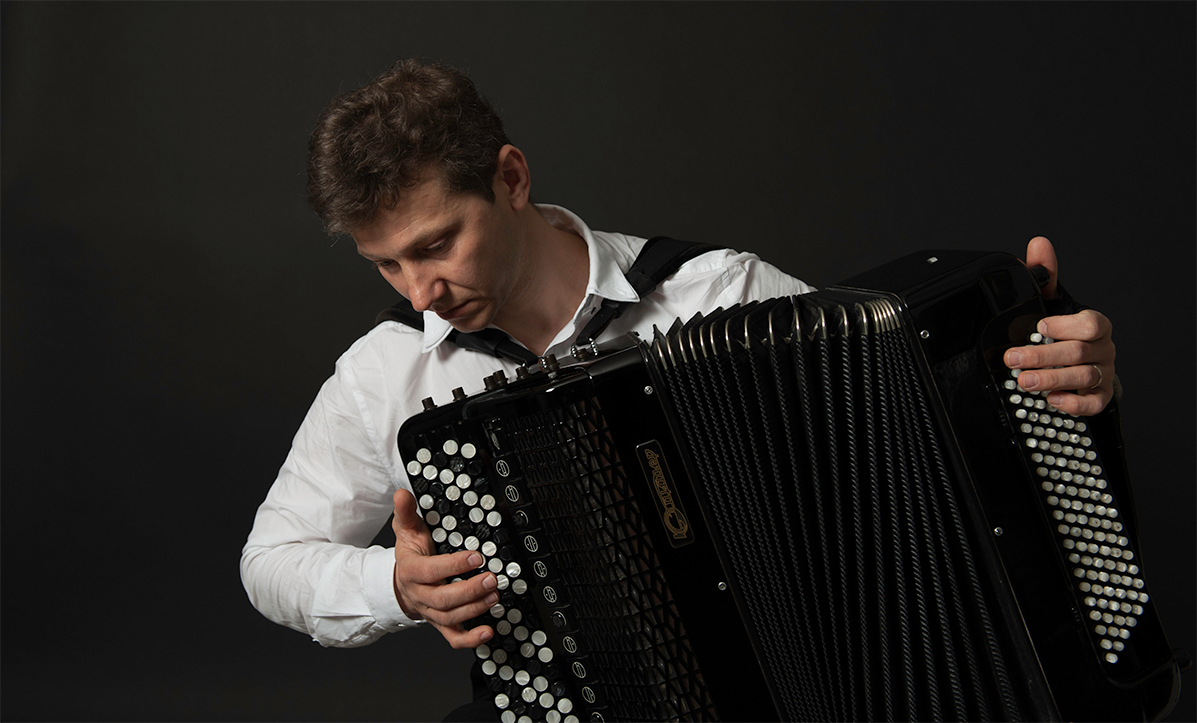 Oleg Lysenko (1974, Ukraine) was educated at the Poltava Music College, after which he won a scholarship to the renowned Tchaikovsky National Music Academy in Kyiv. After his graduation, in 1999, he published his first CD, ‘Awakening’, and continued his studies in the Netherlands, at the Messiaen Academy. He then specialized in Argentine tango on bayan and bandoneon at the Conservatory of Rotterdam. Together with his fellow students he won third prize in the category ‘Ensemble’ at the International Accordion Competition in Castelfidardo, Italy. Two years later he entered the Dutch National Accordion Competition and won first prize with his rendition of Victor Vlasov’s ‘Five views on the land of the Gulag archipelago’, also the title piece of his CD released in 2012.

Oleg has played with the Rotterdam Philharmonic Orchestra, together with the Russian baritone Dmitry Hvorostovsky, with Camerata RCO, and with Sinfonia Rotterdam, with whom he premiered Alexander Nagaev’s ‘Apocalypse of the 20th Century’ for bayan and orchestra in 2019. He appeared in the radio programme Spiegelzaal, broadcast from the ‘hall of mirrors’ of the national Concert Hall in amsterdam by the AVRO on radio 4, as well as in the VPRO television programma Vrije Geluiden. Oleg enjoys working together with other artists in cross-over projects in which visual arts, literature and music meet. He has worked together on such projects with writer and visual artist Armando, sculptor and painter Koenraad Tinel and with writers, journalists and filmmakers, including Stefan Hertmans, Cherry Duyns and Peter d’Hamecourt.

It is 1812, Napoleon is about to invade Russia. Unaware of the impending danger, Masha, a sweet girl of seventeen, and Vladimir, a young ensign on leave, are desperately in love. Marriage is out of the question, because she is rich and he is poor. They decide to marry in secret and run away together. A snowstorm disrupts their plans…

CD 1: Georgi Sviridov – The Snowstorm, musical illustrations of the story by Alexandr Pushkin. Arranged for bayan and performed by Oleg Lysenko. 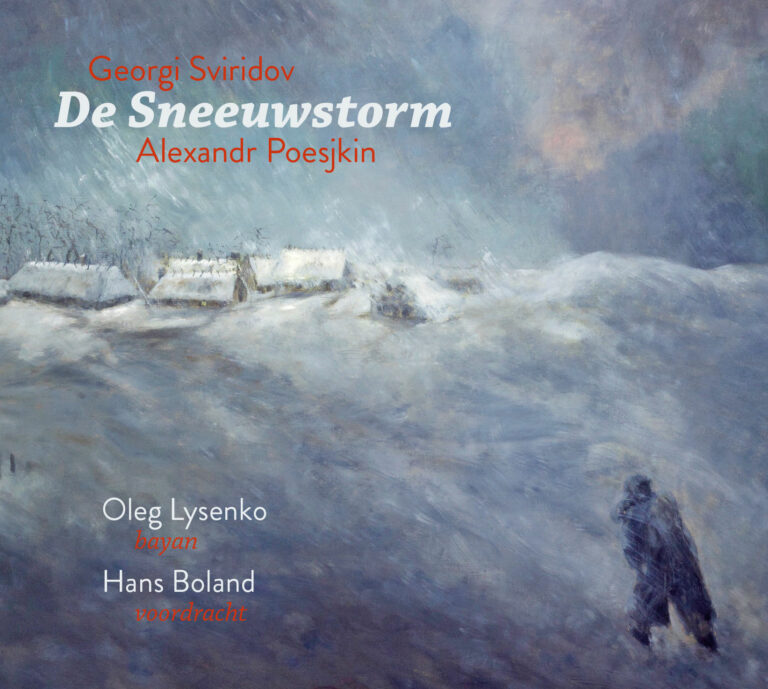 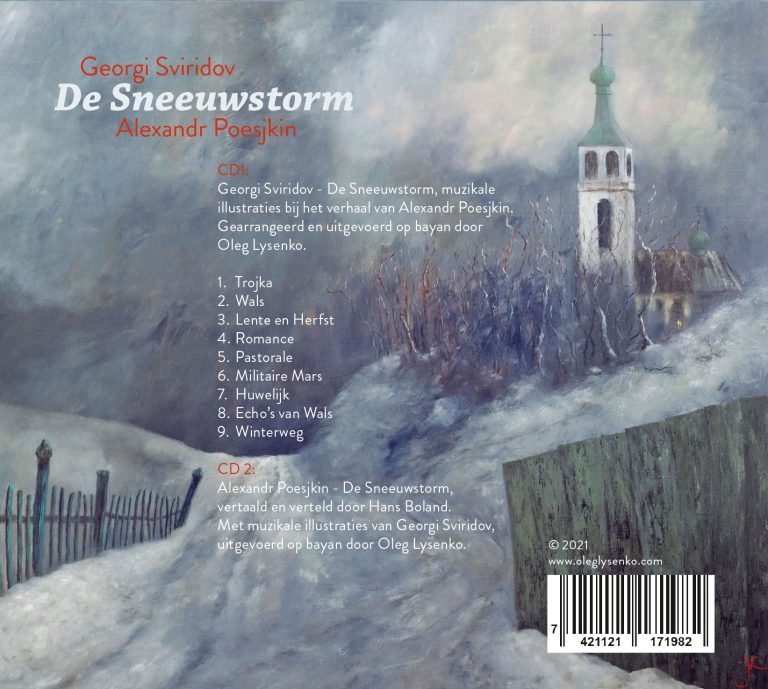 1. Five Views on the Land of the Gulag Archipelago | V. Vaslov

1. Concerto in A Minor part I for two violins and orchestra RV522 op III | A. Vivaldic

9. Variation of Ukrainian song | A. Novikov